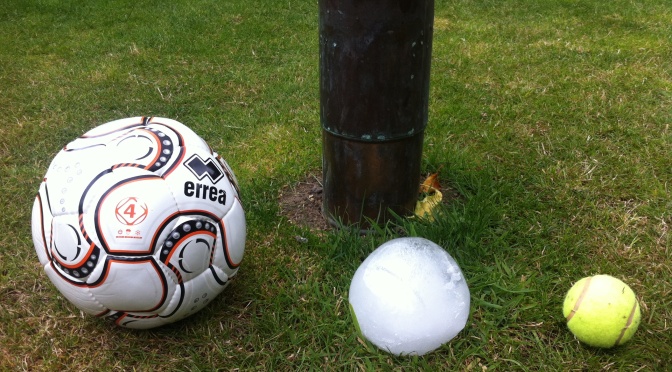 What’s the most ridiculous omen for an England win in the European Championship final against Italy on Sunday? After hearing this on the radio this week I decided to try to find one.

Readers of this blog will know my theories of how the weather and big events seem to be tied together. So it is no surprise that I’ve indeed found one.

Last month, I wrote about summer washouts. The one last month that began on the 17th saw 28mm fall, possibly contributing to what was a dull spectacle; England’s 0-0 draw with Scotland at a rain-soaked Wembley.

While putting together the July list of washouts one of only six events since 1959 began on July 19th 1966. Over 20mm of rain fell, coinciding with England’s group game with France. The Three Lions won the tie thanks to a brace from Liverpool’s Roger Hunt. Days earlier they had been panned after a dull 0-0 draw with Uruguay. No-one, apart from Alf Ramsey, fancied our chances. Yet by the end of the month they were world champions.

So, in terms of football singularities, England’s is one title every 55 years? We’ll know by 11pm on Sunday.

The winter of 2017/18 will probably be remembered as much colder that it actually was – the exceptionally severe spell right at the end was only at its halfway point by the time the meteorological winter was over.

The mean temperature for the season finished 5C, that’s 0.5C below average and the coldest for five years.

Rainfall was above average: 180.8mm fell, that’s 124 per cent of average and the wettest for four years.

As so often with winters at this latitude the average for three months makes it look a non-descript season – it is only when you look at the detail that compelling facts emerge.

The coldest day of the season occurred on the last day of February when the maximum failed to rise above -1C, the first ‘ice day’ for five years and the coldest day since 2010. It was also the seventh equal coldest February day in a local record going back to 1959.

The coldest night of the winter was in the early hours of the 28th when a low of -6.9C was recorded. The temperature would have been far lower were it not for a shower that moved in at 3am.

Snow arrived at the start of winter and at the very end: seven days of snow falling and four days of snow lying over the three months is below average.

There were 11,680 minutes of frost over the winter, less than last year, though 66 per cent of those were recorded in February. Considering the past 6 Februaries this year’s frost hours were 170 per cent greater than the next highest, February 2016!.

A full weather diary is available for the months of December, January and February. To view full stats for each month follow this link:http://1drv.ms/1kiTuzv

It is 180 years ago this month that Patrick Murphy shot to fame after successfully predicting one of the coldest Januaries on record.

The month, which had started mild, completely changed during the weekend of the 8th as a SE’ly wind set in. Hard frosts and snow became a daily feature with considerable falls across Scotland, disrupting mail and causing hardship for people and livestock.

By the 20th some of the lowest temperatures of the 19th century were recorded in London. At Greenwich -16C (-11C at midday) was reported at sunrise, while Blackheath saw -20C and Beckenham -26C. By the 27th the Thames at Greenwich was completely covered with ice at high water and elsewhere in the estuary ice floes were reported.

In some parts of northern Scotland, snow was noted to fall on most days between January 8th and May 3rd. Snow was also noted in upland areas of NE Scotland in June.

‘Murphy’s Winter’ as it became known made the astrologer from Cork a small fortune from the sale of an almanac, the contents of which also successfully listed the actual date when the frost would be at its most severe.

It was possibly the first long-range weather prediction that people through the ages seem to love, whether they are right or wrong.

Many characters have emerged over the years. Yorkshire’s Bill Foggitt, who used natural signals and animal behaviour during the previous autumn, was popular in the 1980s especially when he made a prediction of a harsh winter.

Others, including the Daily Express, who probably shouldn’t be mentioned in the same breath as Foggitt, are more about the clicks they hope to generate for their publishers than any earnest attempt at being right.