On a Saturday closest to full moon in July thousands of cyclists congregate in London Fields and ride 200km through the night to Dunwich on the coast of Suffolk.

Modestly described by the organisers as a “gentle bike ride to the beach, through soft country on good roads” the hours of darkness present a huge challenge for participants.

Michael Barry, the retired Canadian professional road racing cyclist, rated the challenge 5/10, harder than the 280 mile London to Paris ride which he ranked only 2/10.

Taking place in summer you would expect long hours of moonlight to be a welcome assist for these brave souls who peddle hours through the night to reach their goal. A look at the synoptic charts and statistics of each ride, however, reveals weather that is often a long way from being summery.

Over 40% of the rides have seen over 1mm of rain on the opening day, this falls to 17% on the second day – a dry end to the marathon challenge is perhaps to be expected.

Patrick Field, of the London School of Cycling, said that 2007, the wettest start day to a Dynamo, was “gloriously wet”.

Perhaps what this blog also reveals is that UK weather at full moon, even in high summer, is notoriously unpredictable. Luke Howard , the father of meteorology, tried for 50 years to
prove a link between the weather and phases of the moon, but died still mystified at the ripe old age of 91.

A movie of all synoptic charts highlights just how unsettled this time of year can be found here.

* The author is planning to take part in this year’s event to raise money for Cancer Research.

** Full stats for the weather in London during the Dunwich Dynamo back to 1992 can be found here: https://onedrive.live.com/redir?resid=A148835276FAFDEE!2561&authkey=!AEMmoeUZRVSq7uU&ithint=file%2cxlsx 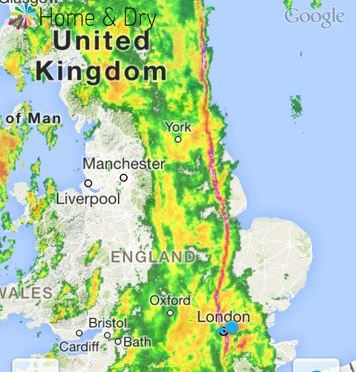 With the meteorological winter over the first month of spring saw the weather return to its modern type: cooler than average just when most people are looking for warmth.

The mean temperature of 6.7C was 1C cooler than average, the coldest March for three years and the first month more than 1C below average since last September.

The wet end to the month tipped the rainfall statistic well above average: 60.3mm is 148% of average for this area. It was the wettest March for eight years, notable because of a 14-day dry spell during the middle part of the month.

Sunshine was just above average. Over 116 hours were recorded, 107% of what we can expect to see during an average March.

The wettest day occurred on the 27th with 14.4mm, rain associated with blustery weather fronts from Storm Katie.

So what has April got in store weatherwise? April is often a month when we can see huge swings in the weather from day to day as the natural warming of the atmosphere competes with the decaying coldness of northern latitudes.

This often results in big showers and vast temperature differences not only day to day but between night and day too. All of the above is going to be on offer over the coming few weeks if the model output on the 1st is correct. A warmer phase will begin the month as winds switch southerly, drawing warmth from Spain. However, with low pressure close big showers and outbreaks of rain should be expected. Then as the low switches to the NE of the UK the door opens next week for colder NW winds with further rain or showers and chillier air. A lot of output strengthens this northern sourced air through the second week and with low pressure never looking likely to be far from the UK we will be looking at lots of showers and spells of rain.

Beyond the grasp of the models my long range outlook method suggests the April mean will be average or just below at 60% probability. Rather cold comes in at 20% while cold has a probability of 20%. There appears no chance of something mild.

A wetter than average month looks most likely at 40% probability. Sunshine probably about average.

6th: Sunny, cold start. Coud bubbling up late morning.
7th: Sunny, cold start with light winds. Variable cloud but feeling cold, especially so overnight.
8th: Cloudy, calm and cold start.
9th: Very light drizzle am before briefly brightening up. Heavier rain pushed in between noon and 2pm. More rain at intermittent periods into the evening.
10th: Cloudy until 2pm. Cleared at dusk to leave a frosty, cold night with thick fog patches on Centre Road.
11th: Sunny start with early mist clearing. Variable cloud through the day. Clear spells up to midnight but then tending to cloud over.
12th: Cloudy start tending to brighten up though sunshine remained mostly wintry.
13th: Cloudy start quickly cleared to leave sunny morning. Pleasant until a keen N’ly wind set in.
14th: Bright start with cloud quickly breaking, cold wind.
15th: Cloudy and dull start. Mostly cloudy through the day.
16th: Bright start but cloud filling in by 10am. Mostly cloudy all day
17th: Sunny and clear until 11am – patchy cirrus thereafter.
18th: Cloudy, cool start – the cloud lasting past 12 noon.
19th: Cloudy start – very brief drizzle. Brief brightness just before 10am then cloudy.
20th: Cloudy start brief sunshine at 10am-ish before cloud spilled across. Another clearance at 11am before cloud returned for afternoon.
21st: Cloudy until brief sunny spells at 10.30am. Much milder for a time before a mostly cloudy afternoon.
22nd: Mostly sunny all day with just a few cumulus.
23rd: Cloudy all day
24th: Cloudy, chilly start. Rain spread in by 1pm and turned heavier in the evening, clearing around 3am to showers. Sunny dawn.
25th: Sunny start with just patchy cumulus
26th: Cloudy with intermittent light drizzle. Very heavy squall at 6pm brought 5C fall in temperature.
27th: Sunny start but with some very dark clouds around. Squally winds and showers thereafter at 11.30 and 2.30pm.
28th: Cloud and rain to start and very windy due to Storm Katie, becoming fine by mid afternoon though heavy showers moved in.
29th: Bright start with cumulus dotting the sky. Cloud thickened up during the day with heavy showers in the evening.
30th: Sunny start with fair weather cumulus doting sky – this lasting all day.
31st Sunny, misty start 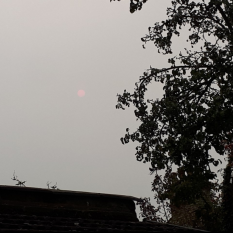 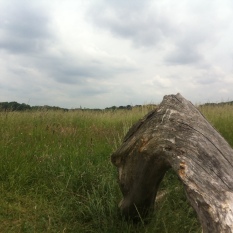