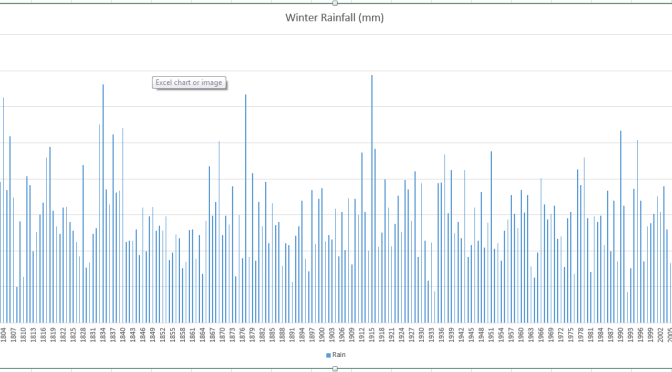 ‘Worst-ever!’, ‘in living memory’, ‘highest on record!’, ‘unprecedented!’. These phrases, used often by newsreaders on the main networks including Sky and BBC, always set an alarm bell ringing in my head. None more so than weather stories which, with the stormy winter we’ve just had, has been happening almost daily since the middle of December. 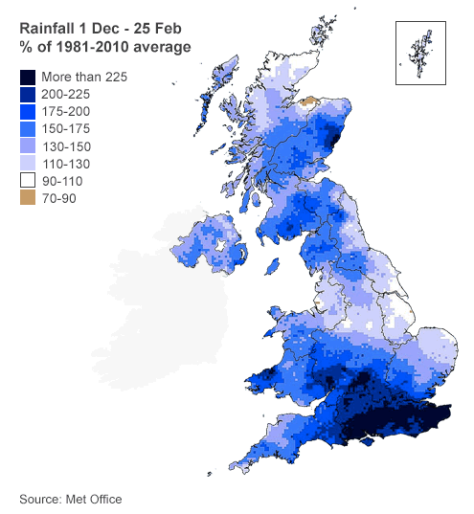 As the winter has progressed the networks have tried to out do one another with the severity-value of a story. What starts with a reporter gingerly standing by the side of a flooded field within days changes to the reporter, donning a pair of fisherman’s waders, trawling waist-deep through a flooded Berkshire housing estate.

The media also seem to delight in rushing out Met Office data to proclaim these armageddon scenarios before the season is over and the statistics can be properly studied, absorbed and commented upon.

Last summer, I started to build a dataset for my own area – Wanstead. Using local figures from the City of London Cemetery I was able to take the daily series back to 1959. Beyond this I then sourced monthly data for Greenwich, 6 miles away, back to 1881. Using W.A.L Marshall’s A Century of London Weather and Luke Howard’s The Climate of London enabled me to take the series right back to 1797.

The series makes for interesting reading, putting this winter as 6th wettest since 1797. Scientists would say that because my series is only one dataset it cannot be regarded as a ‘catch-all’ for the country overall. But when statements like “England and Wales has had its heaviest rainfall since 1766” are put out by the media it is blatantly not true for the entire country. Just a quick look at the map shows that while parts of south and southeast England have been very wet – other parts of the country have been much less so.

But in this age of 24-hour rolling news the message to anyone who takes the headlines at face value is that this has been the wettest winter ever. You can view the winter mean temperature and rainfall stats here.

One thought on “An unprecedented climate of confusing stats” 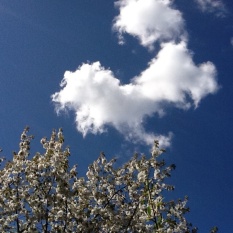 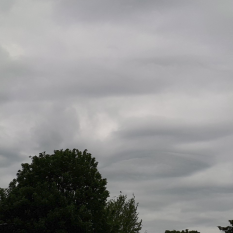