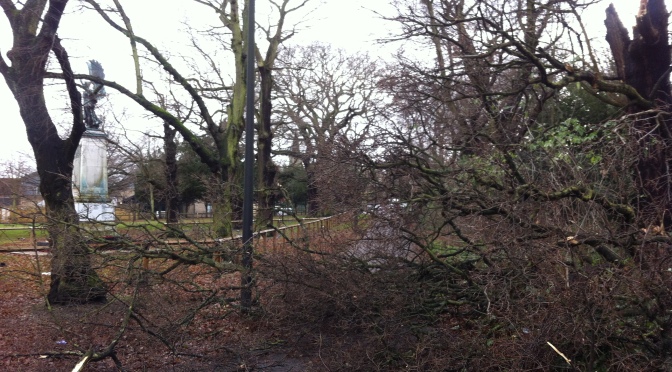 For anyone who likes cold weather it has been a dreadful winter so far with no snow falling or lying in this part of Britain.

A very mobile synoptic regime has seen numerous vigorous depressions blowing in off the Atlantic bringing flooding misery for many as swollen rivers burst their banks.

The predominantly maritime air over us has meant that even air frosts have been few and far between.

Since December 1st, Wanstead has recorded just 7 air frosts – half the number of last year. The coldest night was just -2.9C , warmer than the -6.9C recorded by this point last January.

The current mean temperature this winter to January 14th is 6.6C with rainfall 133mm – statistics that are remarkably similar to the winter of 1985/86 (mean 6.8C rainfall 130mm). That December and January was followed by a very cold February – the 4th coldest in a series stretching back to 1881.

However, before any coldies reading this get excited it should be noted that this season is also remarkably similar to winter 1989/90 (mean 6.8C, rainfall 128mm), which was followed by more stormy weather, including the Burns’ Day Storm, and the warmest February on record in this region.

Further scrutiny of stats for the Wanstead area reveal other years were similar. Using my method for finding patterns stretching back over 50 years to forecast this winter I picked out years that were +/- 10% of the mean. From these I then weeded out the seasons where the rain was +/- 10% of the 2013/14 rainfall total. This gave a list of five other winters with similar temperature and rainfall. Leaving aside 1985/86 and 1989/90 the other winters weren’t anything special with ‘snow lying’ days below the median for this area of six.

As I write this there are tentative signs on the weather models that a Scandinavian high may begin to form next week, introducing colder air from the east – exactly what we need to precipitate snow. However, they are just tentative signs and the cold air may never reach this far west anyway. Bear in mind also just how strong the influence from the Atlantic has been so far this winter. The Met Office have said the storms have been the worst in 20 years – which takes us back to the year in the above table of 1993/94. The only snow lying in that DJF season occurred in a short cold snap around February 15th – though, admittedly, an impressive fall of snow happened the previous November.

So, in summary, the probability at this point of at least one fall of snow before the end of February could be put at 75%. No snow: 25%. Abundant snow: 25%.

While compiling the figures I found that for my winter forecast to be correct would need a second half to winter exactly the same as 1985/86.

Some comparisons have been made between this winter and the balmy winter of 1988/89 – though that winter, the second warmest in the 1960-2014 series up to this halfway point, was a full degree warmer than this season and much drier, with only 30.9mm falling in over 6 weeks.

The culprit of the dry weather of that season 24 years ago was the influence of a very strong European high pressure which ‘blocked’ weather fronts from reaching this part of the UK, sending a conveyor belt of depressions skirting over Scotland bringing incessant rain instead of snow to Cairngorm resorts.

The nature of the weather this time round has been very different. Though December started with a strong anticyclone over Europe fronts associated with very deep depressions off the Atlantic have made inroads deep into the continent.

A classic Genoa low brought over 2 metres of snow above about 1,000m on Christmas day to resorts on the south side of the Alps. The nature of the airflow subsequent to that, however has brought some very high temperatures for the year.

Scottish and continental European winter sports enthusiasts will remember the season of 1988/89 well for all the wrong reasons, with little snow falling before March. I can vividly remember some amazingly cheap skiing holidays advertised on Teletext in January 1990. One deal was a week to Andorra for £19, including flights, transfers and half board in a 3-star hotel. A few of the lads in my A-level economics class took full advantage – only to return with tales about snowless mountains, sprained knees and wrecked skis, though it’s not clear how much of an influence the duty-free booze had.

Although many resorts were already investing in artificial snowmaking it was this season that quickened the pace of investment in snow cannons.

One thought on “Halfway through winter: where’s the snow?” 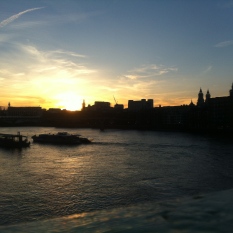 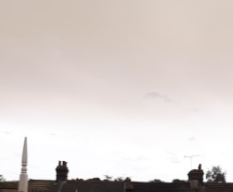