Sections of the tabloid media have been going into overdrive these past couple of weeks with tales that the UK will soon be in the grip of an Arctic freeze – one headline in the Daily Express boasted that parts of the UK were in for FOUR MONTHS OF SNOW.

These stories are nothing new though they seem to be published earlier and earlier in the autumn. By the time we reach November – once the traditional time when winter forecasts started appearing – the tabloids have already turned their attentions to spring. Much of it is just ‘clickbait’ – a means for publishers to prove their stories are being read to keep their advertisers happy, a symptom of an industry in financial dire straits.

There will be snow somewhere in the UK during the next five months but predicting heavy snowfall in a given area, such as London, is impossible. But given the outrageous claims at such a long way from the start of the season on December 1st I decided to have a look to see if there is anything wintry on the horizon.

I started by comparing a range of historic datasets, including quasi-biennial oscillation (QBO) and el niño–southern oscillation (ENSO), against monthly mean temperature and rainfall anomalies. Because ENSO data only goes back to 1950 the findings are obviously far more restricted than my winter forecast method which uses local data going back to 1797.

The results of my data trawl are underwhelming. The best fit years were as follows:

For anyone who likes snow the above is not encouraging, however, given the past year which has seen several daily and monthly records shattered, including a record warm December, who’s to say that recent warm temperatures will suddenly swing the other way.

The above table would also suggest that the coming winter will be colder and snowier than the previous three – but that gives little away given how mild the past three winters have been.

A study of mean temperature anomalies in London since 1950 suggest that sudden swings, both positive and negative, are becoming more likely. Last month was the fifth month in a row that I recorded a positive anomaly – the longer this goes on the more likely it is the mean could turn negative – though bear in mind that I have recorded 12 months in a row of positive anomalies, from February 2011 until January 2012.

Current weather also suggests that something maybe afoot with the earliest establishment of a strong anticyclone over Norway (the fabled Scandinavian high) since 1881! This weather pattern gives the south-east its best chance of snow with the feed of cold air often coming all the way from Siberia. Time and again, however, I’ve seen these patterns break down in November just as everyone starts talking about an imminent severe winter. There is more than an element of truth to the saying:

Ice in November to bear a duck, rest of winter will be slush and muck

In conclusion, while the early figures look bleak for snow in the low-lying south-east, it is still far too early to tell if the coming winter will be mild or cold. 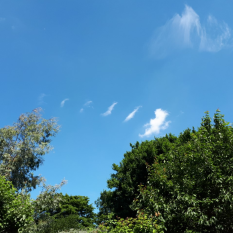 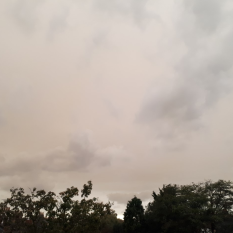