One hundred years ago this week local newspapers were hailing the bravery of one of its residents who perished in the opening weeks of the Great War.

Claude Gould died after the armored cruiser he was serving on, HMS Hogue, was torpedoed by a German U-boat during a naval engagement in the North Sea known as the Action of September 22nd 1914.  Two other cruisers were sunk, leading to the deaths of approximately 1,450 sailors.  The loss of the three ships remains the biggest maritime disaster in British naval history.

In the October 9th edition of the Essex County Chronicle Mr Gould, of Spratt Hall Road, was described as “a man of exceptionally fine physique, handsome presence, and frank, engaging manners”. The paper points out that he was the eldest son of George ‘Johnstone’ Gould, a “distinguished name in theatrical circles” in the West End and elsewhere.

Claude, who was Chief Yeoman of Signals, had been a member of the Royal Navy for 16 years and since 1912 had been stationed at Chatham, Kent, though he continued to spend most weekends in Wanstead before being mobilised at the beginning of August.

His abilities had been noted during his Naval manoeuvres and he had been recommended for appointment to the battleship Collingwood before he was lent to the Hogue when war broke out.

A survivor of the disaster noted Claude’s final act of bravery. As the ship sunk he was seen destroying his code-book to prevent it falling into the hands of the enemy.

Five days before the incident naval destroyers, which had been assigned to protect the cruisers as they patrolled the North Sea, were forced to depart by heavy weather, a blip in a month that overall was dry and bright. Had the weather been different the destroyers would have remained present and the ships would surely have not been such an easy target for the German submarine, the U-9.

The losses from the Action of September 22nd caused a public outcry, eroding confidence in the British government and damaging the reputation of the Royal Navy at a time when many countries were still considering which side in the war they might support.

Over the years significant weather events have, at least in my subconscience, at times signalled that something ‘big’ is about to happen – just one example being the Great Storm in October 1987 that was followed days later by the Black Monday stock market crash.

So an event that happened 100 years ago this month, to some, probably also brought a feeling of impending doom as the political situation in Europe became ever more fraught.

A series of severe thunderstorms that broke out just after midday over south-west London on June 14, 1914, left people dead and a trail of destruction across areas south of the Thames. Fierce lightning, torrential rain, severe flooding and hail ‘the size of walnuts’ accompanied the storms. Seven people were killed by lightning on Wandsworth Common and four others were injured. As with many thunderstorms the heaviest rain, 94mm in 3 hours at Richmond Park, was focused over a small area. South Kensington, just over 5 miles away, recorded just 6mm! I don’t have the figures for Wanstead but judging by the map published in the 1914 edition of British Rainfall it probable recorded even less than South Kensington.

Some reports by observers.

Dulwich: Violent hailstorms. Many hailstones were like acid tablets about one inch long, half an inch broad and over a quarter of an inch thick. A minute or two after these had fallen, a mist rose to a height of about 4ft above the ground.

Lewisham: A storm began at 12.24pm and came right overhead from the east with terrific flashes of lightning and loud thunder. At 12.31pm, rain fell with extraordinary fury; within 9 minutes 0.5 inches had fallen. The second storm came up just after 1pm, the lightning being even more severe. At 1.30pm, St Mark’s Church, and the Holy Cross were  struck. A tree in Hither Green cemetery over 30ft high was splintered and two houses were struck at Catford. Another thunderstorm came up at 2.25pm with torrents of rain and hail as large as haricot beans fell for 5 minutes.

Wimbledon Downs: There was a curious scene close to Kingston station, where the water was about 4ft feet deep at five o’clock and motor cars and omnibuses had to make a wide detour. The storm was especially severe in Wimbledon district, where, owing to the bursting of an overtaxed sewer, the District Railway line was submerged. At Tooting Junction station was a foot deep on the platform.

Judging by the 1881-1910 average 1914 was a warm year: the mean temperature of 10.7C  was a full degree warmer than average. It was also 15 per cent wetter than average and the sun hours were nearly 108% of average. Of course by today’s standards (the 1981-2010 average) 1914 looks relatively cool as the average annual temperature has risen 1C in the past hundred years.

The weather on this day must have been synonimous with the deteriorating political situation in Europe: two weeks later Franz Ferdinand, Archduke of Austria, and his wife Sophie were assassinated in Sarajevo by a young Serbian nationalist Gavrilo Princip , the casus belli of the First World War.

What is fascinating is that a similar thunderstorm that left seven dead in Valentines Park, Ilford, 75 years ago this August, also happened about two weeks before Prime Minister Neville Chamberlain announced on September 3, 1939, that Britain was at war with Germany.

END_OF_DOCUMENT_TOKEN_TO_BE_REPLACED 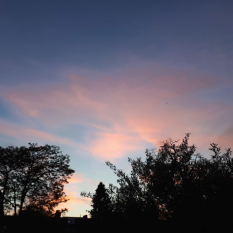 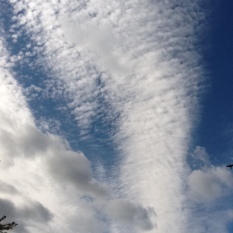