The outlook for possible snow over the weekend reminds me of a similar synoptic set-up in December 1990 that left large parts of the Midlands northwards covered in deep snow, but that delivered only cold rain to the London area.

The situation in 1990 is explained on the excellent Booty Weather site.

“A low formed dramatically over central England on the 7th, large quantities of rain, turning in many places to snow, fell on its western and northern flanks. On the 7th and 8th very heavy snow fell over northern England, Wales, the Midlands and south west England, with heavy drifting in gale force winds, causing considerable disruption to traffic and cutting power lines.

“The snow did not freeze, however, but melted very rapidly during the next few days, as the temperature rose a little. By late on the 8th, many parts of the Midlands had 20cm or more of lying snow. Acocks Green, Birmingham, reported 42.5cm on the 8th. The Peak District had 38cm at Middleton and 25cm at Winksworth. Newcastle under Lyme reported 28cm, and many other places had more than 20cm. Drifts up to 60cm on motorways in the Derby area, and at Carlton in Coverdale, near Leyburn, a report of 240cm. Snowfall on the 9th in the Dorchester area in 1990 was the heaviest pre-Christmas fall in that area since 9 December 9th, 1967.”

My stats in London suggest that the system was a bit of a non-event here. Another account of December 1990 is covered here. 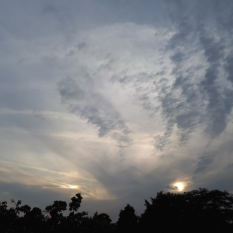