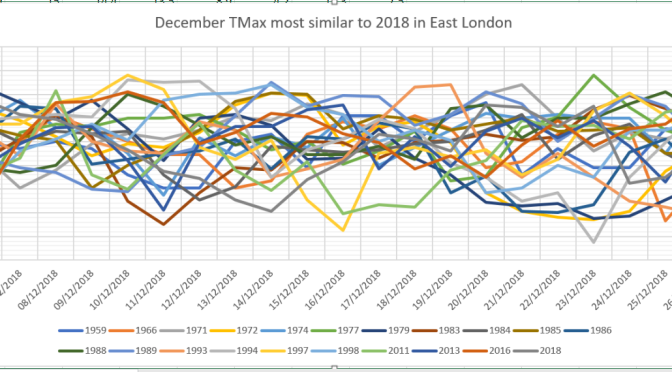 …And not a flake of snow. There’s been lots of talk about how an SSW will eventually usher in a cold January and February but it is by no means guaranteed.

The average maxima for this December will finish 10.2C, precisely the same as December 1985. Other Decembers that finished close to this average maximum are shown below.
As you can see apart from the middle of the month the temperatures are all over the place. And so are the conditions that followed in January and February.

Again, there’s plenty of spread. The 500mb reanalysis charts below show the situation of the northern hemisphere on December 31st of each year, including this year.

Perhaps it is fair to say that there is a 66 per cent chance of a very mild January, though you cannot discount the 34 per chance of another January 1987…