There’s been countless reports about amazing amounts of snow falling across the French, Swiss and Italian Alps to the point where some agencies have been proclaiming that it has been the best season for the white stuff in 30 years.

Extraordinary totals have fallen in some areas. Bourg-St-Maurice, the jumping off point for Savoie resorts including Les Arcs and Val d’Isere, has recorded over 400mm of precipitation over the past 30 days, equating to around 4m of snow at the resort summits.

In Switzerland, large amounts of snow in a short period caused chaos in Zermatt, stranding tourists after the area’s rail services suffered disruption.

Away from the north and west side of the Alps, however, snowfall, while good, has been less impressive the further south and east you look.

It is a far cry from last year where some resorts on the southern side of the range were particularly dry. San Bernardino, during the last 30-days, has recorded 179mm of precipitation. During the same period last year just 14.6mm fell!

The outlook for the Alps continues to look unsettled with snow forecast to fall at resorts that are in deficit to the Valais and Savoie areas. 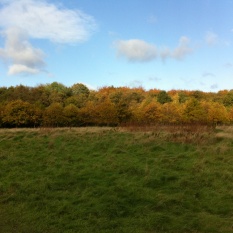