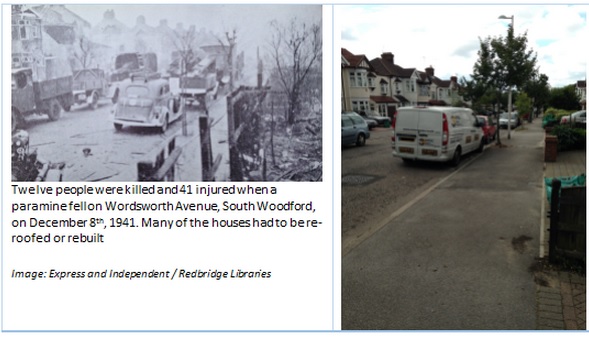 The run up to Christmas 75 years ago saw yet more terror in the form of Luftwaffe bombs falling on an already shellshocked population in east London.

The final raid of the year, on the evening of December 8th, saw yet more tragedy befall the borough of Woodford.

It was the second deadliest day of the Blitz for the two boroughs which had already endured three months of bombing raids that had left 27 dead and over 100 injured.

The weather was fairly typical for early December, some winter sunshine with a high of 6C followed by a minimum of 2C. Really cold weather didn’t arrive until much later in the month.

Over a period of eight months around 450 bombs were dropped on the two boroughs, killing 129 people and injuring 194.