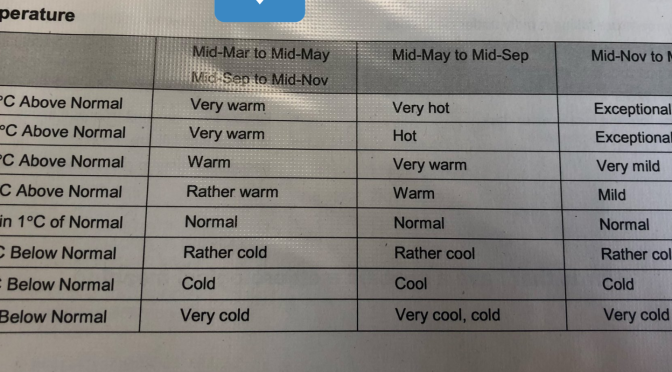 Saying how warm or cold a day feels is subjective; one person’s hot day in spring is another’s ‘on the warm side’. Similarly when someone says the temperature on any given day is ‘normal for the time of year’ others will be exclaiming how cold they’re feeling.

The ‘heatwave’ in February was a case in point. Though many places recorded their warmest February maxima on record many were saying it was just a nice, warmer than normal spell of weather.

Some years ago the Met Office issued guidance on how warm or cold a day was relative to the anomaly. Earlier this month the table was posted on Twitter and I have plotted a graph for the spring period. 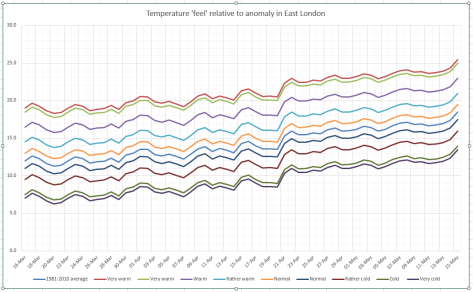 One thought on “Is it warm, cold or just normal?” 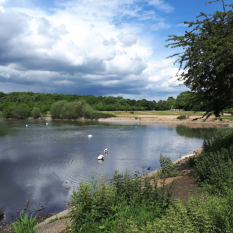 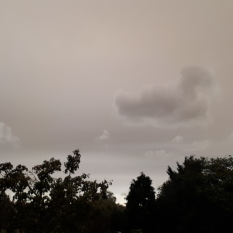