Snow is a very rare commodity in lowland Great Britain – even rarer in the Home Counties, and in our part of east London. Pulling back the curtains on a cold winter’s morning to be greeted by a fresh fall of deep, crisp and even snow is something most children experience and hold dear for life. The slush, ice and chaos that inevitably follows all too quickly is forgotten. 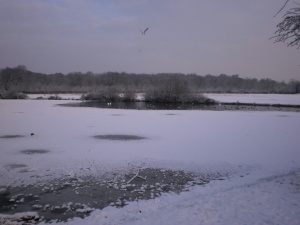 My memories of winters in the 1970s and 1980s is that they were far snowier and colder than they are today. But were they *always* cold and snowy? I decided to have a look back through the archives to find out. My first stop was the Met Office’s now defunct Snow Survey of Great Britain. This excellent compilation of reports logged by observers nationwide was printed annually as part of British Rainfall. But through lack of interest and cuts printing ceased after the 1991-92 season. Data continued to be collected though the modern version of the survey uses satellite technology to estimate daily UK snow depths – the spiel on the Met Office website tells us that this is far less subjective than an individual nipping out at 9am every morning to ‘stick in a ruler’ and, those within sight of high ground, to observe where the snow line is. Call me old fashioned but this is not very romantic and does a disservice to the hundreds of observers who down the years diligently logged all their information as objectively as possible. But on to the data…

Regional data was not included in the survey until the 1965-66 season. Though Wanstead isn’t listed I have taken an estimate from data supplied from stations at Eastcote (53m), East Barnet (70m), Charlton Park (46m), Twickenham (13m), Teddington (9m). Because this area is influenced by Thames streamer snowfall that blows in off the North Sea and is funnelled upriver I have also considered readings from Epping (107m), Rayleigh (73m) and Southend (27m). Indeed, in some years Wanstead’s snowfall is much more similar to Rayleigh and Southend than it is to Greenwich and Teddington. Though my site is only 18m it seems to catch the snow much better than surrounding areas – probably to do with the fact that Aldersbrook is surrounded by greenery. People walking down from Wanstead village often remark that Wanstead Park is far snowier than the village a couple of dozen metres or so higher. Before 1965 I have used data from Woburn, Bedfordshire, which at 89m and 40 miles away as the crow flies, is the closest station in that long running series.

The mean temperature of a winter can look cold but it doesn’t always tell the full story. You can have a winter dominated by high pressure over the near continent making things very dry. But the anticyclones that ridge from Central Europe to the Azores can leave us in the ‘warm’ part of the high – and often lead to days of anticyclonic gloom; cold grey, dank and boring weather with little sunshine. On paper a season can look cold but in reality totally unremarkable; it is the number of days with ‘snow lying’ that people remember. For snow to settle it needs to be cold! For this reason I haven’t bothered with ‘snow falling’ data as it can snow at 4C in very dry air – yet nothing settles. Most weather geeks find ‘snow falling’ the most frustrating when it doesn’t stick. So on to the results.

Once I worked out the ‘snow lying’ days I decided to devise a winter index by dividing ‘snow lying’ by seasonal mean temperature. Because the results using Celsius were problematic in that 1962/63 becomes very skewed upwards I decided to use Kelvin. The results are quite surprising. Coming out top, not surprisingly, is 1962-63 with an index of 25.2 and 69 days of snow lying. Second is 1946-47 with an index of 21.1. Third is 1981-82  with an index of 10.5 – surprisingly ahead of 1978/79, the first winter in the series that I can recall; I remember returning home from school one night in December 1978 and the snow being as deep as the twelve-inch step to our house.

The index of 25.2 for the 1962/63 winter and 21.1 for 1946/47 – over double the amount of 1981/82 – shows how ‘off the scale’ those two winters really were. My father, who doesn’t share my enthusiasm for the weather, can distinctly recall the severe conditions of 1962/63. He said the roads were so thick with snow that when the thaw finally arrived in March he’d become so used to driving on snow that he crashed through somebody’s front garden wall, after losing control of his Mini on surface water sat on the ice.

More recent winters, which pale by comparison, rank surprisingly highly. The 2009/10 winter comes in at Number 10, higher than the legendary 1986/87, where the coldest day in recent times was recorded in London, which came in at Number 12. It should be noted that January 1987, when on the 12th the temperature did not rise above -5.5C all day, was sandwiched by a mild December and February. 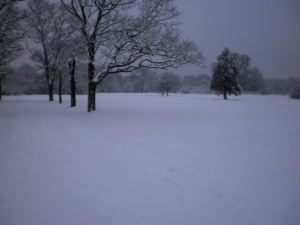 Somebody asked me if it would snow and by how much over the next three months. The simple fact is I don’t know. While a predicted mean can look chilly on paper it is impossible to decipher how many peaks and troughs there will be. Just by looking at winters with a mean of, say, 5C doesn’t tell you much about snowfall. When you look at 1985-86 (mean 4.1C)  there were 22 days of snow lying at 9am – yet 2005/06 was colder (3.9C) and only 3 mornings saw snow lying – though that winter was particularly dry – the 13th driest in the series.

The median for ‘snow lying’ days in this series is six. The rolling median of the past 30 years, however, is only 2 so, with this in mind, if it does snow you should get out there and make the most of it.

You can view over 70 years of winters in this area, all ranked using my winter index here.

*It should be noted that a day of ‘snow lying’ only qualifies if there is more than 50% cover at the observation time of 9am. This means that it could snow 1cm at 10am – if that snow thaws by 9am the next day it won’t count. Though 8 winters appear snowless it is possible that these winters did see temporary coverings 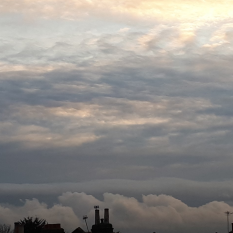