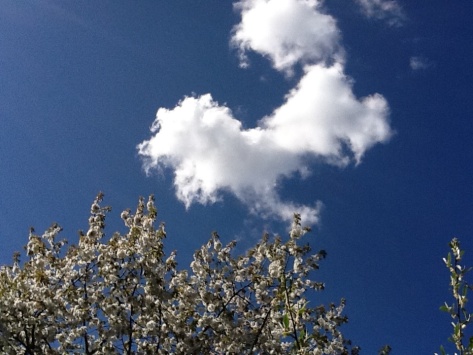 With all the talk of heatwaves this week it won’t be long before the media switches from piping on about the UK facing “10 years of miserable summers” to “Is our climate getting warmer?”.

But the simple fact is that the UK’s climate has always varied greatly – some years, as in the last two, the pattern for summer has brought mostly miserable weather. Other years we get a run of warm, dry summers.

A case in point was the heatwave of July 1808. Far removed from images of freezing Georgian winters and miserable summers the July of 205 years ago was among the warmest ever. The monthly mean for July 1808, according to the Central England Temperature series, was 18.4C – the 6th hottest July since the beginning of the series in 1659.

Luke Howard, the ‘father of meteorology’ who at the time lived in Plaistow, referred to the heatwave in his diary on July 13th: “Temperature at 9am 84F. The intense heat of the maximum lasted nearly three hours till about 4pm. At 6pm the temperature was 90F.” Another entry mentions a reading taken nearby. “Another at Plashet, a mile and a half eastward, indicated 96F as the maximum under the shade of a house.”
While Howard’s methods of measuring the temperature ran short of modern standards, his thermometer was hung under a laurel bush, the values still give a valid insight into the heatwave.

Tales of the heatwave, which particularly affected east and north-east England, can be seen in letters sent to local newspapers around the country. Many describe labourers dying from heat exhaustion while working in fields. Farm animals and horses suffered a similar fate. One letter from Hull, published in the Coventry Mercury, said: “At Sigglesthorne, the honey in some beehives melted, ran out upon the ground, and most of the bees drowned in it. At Sutton, a lamb and a dog belonging to the Rev Mr Croft of Rowley, expired in the heat; and several birds dropped down dead, while flying over the streets of this town.”
Of course it is impossible to know about the health of people and animals that died but that birds dropped out the sky suggests extreme heat.

While temperature records of July 1808 are not unheard of in an English summer one record that remains is the size of the hail – which fell in damaging storms when a thundery breakdown arrived on the 15th.

The main storm missed Wanstead and the surrounding area – though Howard, writing in his Plaistow observatory, knew the weather was on the turn: “Dew on the grass, a fine breeze from ENE. Much lightning in the west this night, a few drops of rain.” Howard would have been referring to all the action about 120-odd miles west where one of the most ferocious storms in recorded history was unfolding.

Much was reported in the local press on the days following the storm which affected an area from Somerset northwards. As well as local records Luke Howard also noted national events in his diary: “After several days of uncommon and oppressive heat the city of Gloucester experienced a storm of thunder and lightning which extended many miles round and exceeded in awful phenomena any one remembered for many years past.”

Trees were “shivered to atoms”, livestock killed by lightning, crops were ruined and countless windows and glasshouses smashed by huge hailstones. A lot of the detail of the storm was compiled by a man named Crocker, then governor of Frome school, Somerset. One account from Batcombe describes a hailstone that measured 13.5 inches in circumference. To give you an idea of the size of a 342mm circumference hailstone I, with the help of my daughters, made one of my own.

Howard’s report continues: “The most tremendous circumstance of this storm was the destructive hail shower which accompanied its progress.”

The Tornado and Storm Research Organisation (TORRO) grades haistorms from H1-H10, where the hail increases in size from 5-10 to over 125mm in diameter. From the historic descriptions the 1808 storm was an H8/9.This exceeds the British record made during the Horsham, West Sussex, storm of September 5, 1958, which produced hailstones up to 80mm in diameter. Hailstones for the 1808 storm were about 109mm in diameter. Since 1650 there have been 119 independent H5 hailstorms in England and Wales.

Since 1900 there has been a halving in the frequency of recorded destructive hailstorms. Scientists are undecided on whether this is a result of climate change or just a variability of the British weather. But any future uptick in destructive hail should be tempered by this historic record.

It is my belief that people’s current expectations for summer were raised to unrealistic levels when we had a run of warm, dry summers a few years ago. The fact is that because of our maritime climate warm, dry summers occur in this country only occasionally. ‘Default’ summer weather is changeable, rather cloudy and, for many in the north, rather cool

So, if any media outlets do start coming out with any stories of “unprecedented heat” or “worst storm in history” bear in mind that it has probably all happened before.

4 thoughts on “Heatwave? washout? Or just another changeable British summer?”